Years of pushing great music at this iconic venue have paid off for resident DJ's, DJ NAKED, ALEX MAC, TOBY NEAL and SAM WALL who have been providing upfront modern and classic dance music for the discerning listener. Music changes over the years and venues come and go but the Wharf Bar in Manly has been a staple of Sydney's north side offering some cutting edge sounds that have evolved and challenged but always entertained.

The big event this year is AEROPLANE on NYE
Aeroplane is the pseudonym of Vito de Luca, the Belgian nu disco music producer and DJ.
Known for incorporating a mix of French House and Balearic Beat, Aeroplane made a name for himself as a club DJ. Aeroplane's music is disco-styled, often on the 1980s decade. Aeroplane's remixes are described by themselves as "spacious cosmic disco" tracks.

Norman Jay MBE (born Norman Bernard Joseph)[1] is a British DJ. He first came to prominence playing unlicensed or 'warehouse' parties in the early 1980s, such as Shake 'n' Fingerpop. His diverse and deep musical knowledge and his refusal to be restricted to playing from any single genre distinguishes him from his peers. He is commonly attributed to coining the phrase 'rare groove'.
Born in Notting Hill, London, Jay established himself through the London pirate radio station Kiss FM, on which he presented shows alongside founders Gordon Mac and George Power. Kiss 100 was launched legally in September 1990 and Norman hosted the first of what became his 'Musiquarium' shows. Shortly after he joined Gilles Peterson at his record label, Talkin' Loud.
After a long involvement with Kiss, Norman joined BBC London in April 1997, where his 'Giant 45' show gained a loyal following up until February 2008.[2]
His Good Times Sound System, which he started with his brother Joey Jay, is a major attraction to those who attend the two day August bank holiday Notting Hill Carnival. Good Times now attracts an estimated 15,000 revellers a day during the carnival. Good Times has also extended into a series of compilation CDs.[3]
Jay describes himself as a primarily house music DJ, but the Good Times sound includes 1970s and 1980s funk, soul and jazz-funk, previous carnival tracks have typically included Estelle's 1980; and tracks featured in recent radio shows have included Billy Griffin's "Hold Me Tighter In The Rain" and more contemporary tracks in the form of Heavy's track "Wonderlove".
On BBC Radio 2, he presents the "Funk Factory",[4] which transmits every six weeks of the year. In addition to this, Jay was one of 20 DJs who played one track each at the 2005 BBC Worldwide Awards,[5] which produced three specials for BBC Radio 1 over Christmas and New Year, hosted by Gilles Peterson.
He is an established regular at the Big Chill festival.[6]
Jay is also a Tottenham Hotspur supporter and was awarded the MBE for services to music in 2002
Posted by Northern Beaches PA Hire at 02:43 No comments:

Its been a crazy couple of weeks for us the highlight had to be the Legendary Jazzy Jeff coming to Manly to Play at the Brooklyn Bar.
We added some extra sound in the shape of some JBL PRX tops with QSC K Subs this coupled with the venues system added some punch around the decks where about 150 crowded around to watch the main act. he did not disappoint, the crowd loved it in this intimate setting. 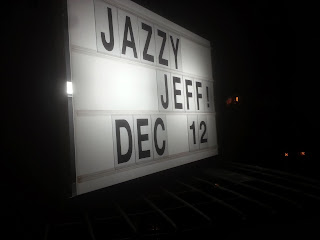 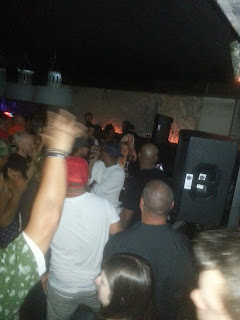 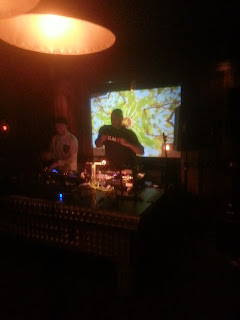 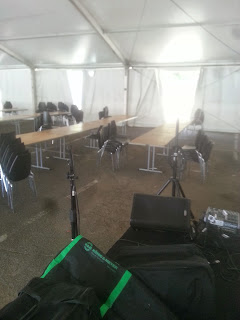 The last gig was back to our favourite wedding destination at the Q Station for a great looking wedding in the Govener Phillip Ball Room the DJ was happy with the QSc K10s providing a warm sound to this echo chamber, we also wash light the walls adding some needed colour. 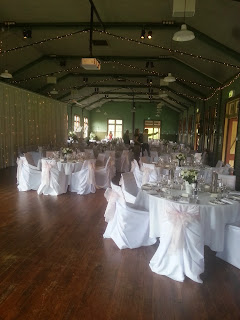 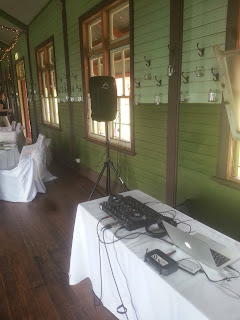 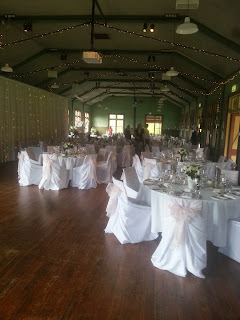 Posted by Northern Beaches PA Hire at 19:55 No comments:

We have a new order of QSC K12 speakers arrive and we have been using them extensively the last couple of weeks with good results.

Initially i avoided this particular speaker as it was expensive very heavy and untried in the Rental market.
The JBL PRX  and RCF art being the choice for Djs and bands respectively were serving me well for their ease of use weight and price point.
I ordered a pair of K10s and found them instantly useful being able to run three inputs at once suddenly made sense at small weddings or events such as the Walk for brain cancer which needed a fast setup with minimal equipment and wanted background music with the microphones.
The K12s offer a bit more sound and sound great at low to mid volume i am not that impressed with them at high volume but am thinking it may have something to do with the quality of the sound source being a phone with an MP3 running through it so will give it a test with vinyl and a decent mixer and see what comes back.
For Versatility though these area great option  and can be very useful in a situation where space and a quick setup time are important. 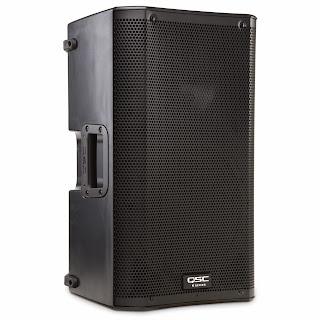 They are heavy and quite bulky to handle if you are a smaller person these may be hard to manage,the K 10 is much easier to work with if that is the case.

The JBL PRX is light sounds great loud but has only one input, the new 7 series has more options as far as connectivity goes great for DJs this is still the go to speaker for dance music 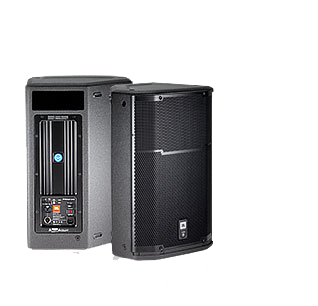 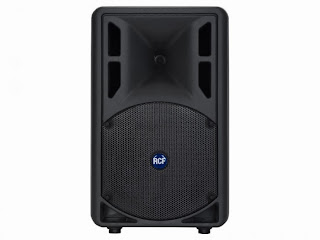 Posted by Northern Beaches PA Hire at 16:40 No comments: